Barratt London and SEGRO have recently submitted plans for the redevelopment of the former Nestle factory to the London Borough of Hillingdon. This follows extensive consultation with local residents, when the issues of housing, schools, green space, traffic and other impacts on the Hayes area were raised. Barratt London and SEGRO made adjustments to the original idea, in light of the views of local people.

Estate agents in Hayes, as well as the local community, very much hope that Hillingdon will approve the development. The Nestle factory has played a significant part – both architecturally and economically – in this area of West London for decades, but has been a brown field site since 2014 when Nestle moved its production to Derbyshire. The new development hopes to incorporate a sense of this important local history while also providing modern housing, green space and sustainable industrial units.

Our estate agents at Henry Wiltshire’s Hayes and Harlington office very much hope that the plans for the former Nestle factory will be approved. “At the core of the development of the former Nestle factory is the construction of nearly 1,400 new homes, with one third of these being affordable housing. The area is fast becoming its own centre, with house values in UB3 climbing. Hayes is growing more and more desirable, especially as Crossrail’s completion date comes closer.”

Investing in the future

Barratt London and SEGRO plan to work with Brunel University, Uxbridge College and Jobcentre Plus to create training opportunities within the development, including apprenticeships. These will be delivered during the construction of the new flats and industrial units, and in the future when businesses occupy the newly-built workspaces. Overall, it is hoped that the redevelopment of the former Nestle factory will create more than 500 new jobs for the Hayes area.

A new green space for UB3

Over 35% of the development will be green space, with the creation of a beautifully landscaped, four-hectare park – a garden for the local community. The green space will include an extensive trim trail with jogging path and gym equipment, while children will benefit from state of the art play equipment. The development will include allotments, allowing residents to grow their own vegetables, while new canoe storage facilities will enable the local community to make the most of the canal, using it for sports and leisure pursuits.

Buying and selling property in Hayes

The Nestle factory redevelopment is still awaiting its planning consent. If approved, work is due to start on site in early 2018 with the industrial works being completed in early 2019 and the residential by the end of 2024. In the meantime, developments such as High Point Village offer beautiful modern living spaces and great value for money. 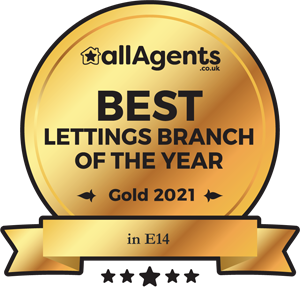